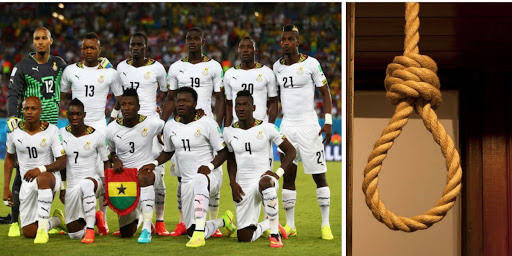 Former Eleven Wonders and Bofoakwa Tano player, Luther Boateng, has committed suicide by hanging himself in his bedroom.

Boateng is suspected to have taken his own life on Thursday afternoon, December 7, 2017 Ghanaweb.com has learnt.

Confirming the news, Eric Boateng who is the Communication Director of Eleven Wonders- the deceased’s former club- said the incident happened around 13:00 GMT.

“I received a call from the police station that our former player has hanged himself to death.

We are all saddened by the news.

“Luther played for us but he left to join Bofoakwa Tano so as I am speaking to you now he is not our player, but as a player who served us, we are aggrieved too,” the Communications Director said in an interview.

Details pertaining to his death remain sketchy but Ghanaweb.com will continue to update the public in the coming days as Ghana Police Service is currently investigating the case.