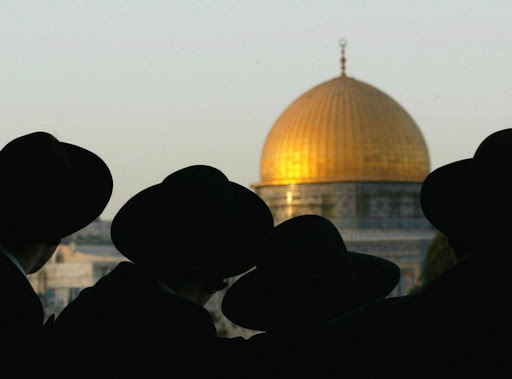 Donald Trump is likely to recognise Jerusalem as the capital of Israel in a speech next Wednesday, according to reports.

Palestinians assert a right to at least part of Jerusalem, which contains multiple holy sites revered by Muslims. Their struggle has implications across the Middle East, cited by activists, government leaders and extremists as a reason to oppose Israel, America and their allies.

Previewing the potential fallout, Palestinian president Mahmud Abbas's spokesman Nabil Abu Rudeina warned that a resolution of the conflict rested on East Jerusalem being recognised as the capital of an independent Palestinian state.

“East Jerusalem, with its holy places, is the beginning and the end of any solution and any project that saves the region from destruction,” he said in a statement that did not directly refer to Mr Trump or to America.

Administration officials told Reuters that Mr Trump was not expected to move America's embassy from Tel Aviv to Jerusalem. For decades, presidents have signed waivers delaying that change, a requirement imposed in a 1995 bill.

In an interview with the Washington Post, Palestinian Legislative Council member Qais Abdul Karim said moving the embassy would derail efforts at a peace pact.

“The US will lose its status as a broker and declare itself as an ally to Israel,” Mr Karim told the Post. “It will be a complete catastrophe and perhaps a final end to the attempts by the U.S. administration to start a process”.

But issues of Israeli activity in disputed territories persist. Earlier this week, a group of senators released a letter imploring Mr Netanyahu to halt the planned demolition of a Palestinian village and a Bedouin village in the West Bank.

“Your government’s efforts to forcibly evict entire Palestinian communities and expand settlements throughout the West Bank not only directly imperil a two-state solution, but we believe also endanger Israel’s future as a Jewish democracy,” their letter said.