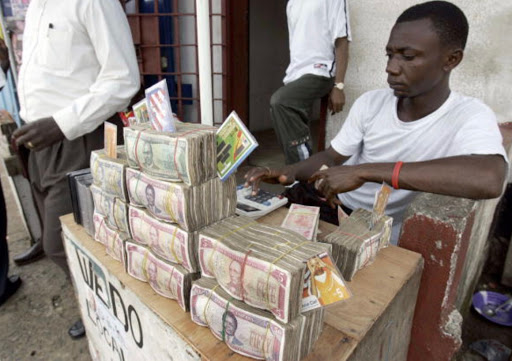 Businesses in Liberia’s dual-currency economy are feeling the pinch as customers stay home and the exchange rate keeps climbing in the absence of a resolution to the country’s disputed presidential election.

“Nobody wants to buy, people are keeping their money,” said Ruth Wollie, one of many female market traders who make up an important voting bloc for Liberian politicians.

Liberia has enjoyed 12 years of peace under President Ellen Johnson Sirleaf, but hopes for an economic revival after back-to-back civil wars between 1989 and 2003 were dashed by slumping commodity prices hitting key exports of iron ore and rubber, and the impact of the 2014-16 Ebola crisis which left some 4,800 people dead.

Now an electoral crisis has compounded the problem, with conditions becoming intolerable in a nation hugely reliant on informal trading for income.

The allegations however were rejected by the National Elections Commission (NEC), which found that the two parties failed to provide “indubitable evidence” as required by the constitution that the vote was tainted by fraud.

The parties then appealed to the Supreme Court, which is due to rule next week on whether to reject Boakai and Brumskine’s complaint and allow the runoff to go ahead, or call new elections.

The process has delayed the selection of a Sirleaf successor for nearly a month, as Boakai was due to face top-placing candidate and former international footballer George Weah on November 7.

“We were expecting a run-off and they took themselves and carried themselves to court,” market trader Beatrice Harris said. “They were thinking that it was for our (own) good, but it was not for our good , only for themselves.

“If they love us as Liberians, they will understand what it means to come to the market and can’t even find a meal for your child”.

Harris added that politicians are making the people “suffer”.

Christopher Pewee, a shoe seller in Paynesville, said the situation had “stagnated”.

“Investors are holding back investments, and the demand for US dollars is high. That’s why the rate has climbed from 110 to 130 Liberian dollars to the US dollar,” he said, surrounded by brightly coloured flip-flops.

“The election is on hold, the businesses are also on hold. We don’t know what is going on”.Liberia has two legal currencies: the Liberian dollar and the US dollar.The country also imports the vast majority of its food, and wholesale imports and taxes are payable in US dollars only.

“If you don’t have US dollars to buy, the price will be increased and the rate is 130 (Liberian dollars) now. We are just asking the government to at least speed up the process,” market trader Ruth Wollie complained.

Trader Annie Saah said “most people are afraid” that the situation will devolve into violence.”So they’re keeping their money just in case of anything, to sustain their families,” she added.

Sirleaf has urged a speedy resolution to the dispute for the sake of the economy.

“Our economy is under stress due to the delay of the electoral process,” Sirleaf said on November 7. “We have to do all we can to save our democracy and allow a smooth transition”.

Liberian economist Ansu Sonii, who is also campaign manager for Weah’s Congress for Democratic Change (CDC) said investors tended to “play safe and hold on” in a nation with few safeguards on their money, and with the civil war and sanctions never far from memory.

“They want to know if that person is going to introduce a policy that will interfere with their investments or even undo” them, or even “whether that person will be sanctioned by the international community,” Sonii told AFP.