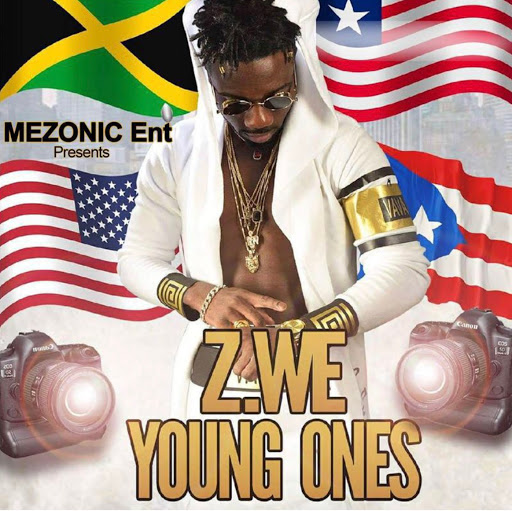 Born in the middle of the Liberian Civil War in 1991, International Afro-pop/Dance-hall artist, Z.WE (pronounced ZEE WEE) was already destined for greatness. As many Liberians share a similar story, Z.WE and his family experienced extreme hardships because of the war. He and his family was fortunate to relocate to the U.S.A in 2006.

Z.WE currently resides in Rochester, NY and he's already making a name for himself. His music has been accepted by locals because of its international appeal. His current single, Young Ones is currently receiving major airplay on the local radio station 105.5 The Beat. His music video is also an International hit and was selected as the #1 Video of November 2017 by managers of the Top 100 Liberian Music Video playlist on Youtube

Z.WE will be doing his first two interviews on November 20, 2017. He is excited to interview with DJ Blue who owns Hott FM 107.9 in Monrovia, Liberia. DJ Blue is without a doubt, the most respected Liberian DJ & Businessman.

Z.WE also signed his management deal with MEZONIC Entertainment on October 23, 2017. His team consists of his road manager, Shirley Sherman and his personal DJ, known as DJ Life.

Z.WE's music is very uplifting and catchy. He loves all his fans, especially Liberians because his people & country mean the world to him. He hopes & prays that God will continue to shine a bright light on his music career with longevity and prosperity. He is grateful for all his fans and supporters around the world. Visit his web-page and connect with him on http://mrpellc.com/zwe_