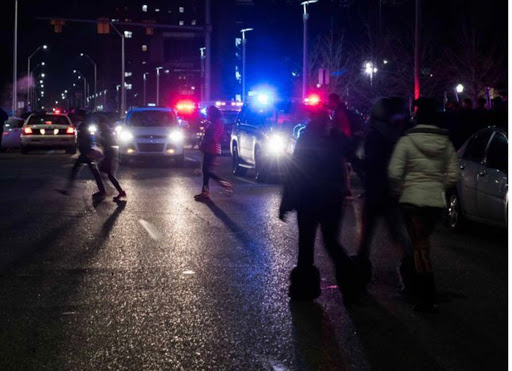 At about 7:40 p.m., the streets around the Detroit Institute of Arts were teeming with crowds of festival-goers when about four gunshots went off near John R and Farnsworth. People started screaming and running in the chaos.

Detroit Police Sgt. Nicole Kirkwood said there were three people struck, two male teens ages 14 and 15 and one 17-year-old female. Detroit Police assisted in taking the victims to the hospital. Their injuries are non-life-threatening, Kirkwood said.

Kirkwood described the shooter as a man who was wearing tan pants. Asked what may have been the cause of the shooting, she said she did not have additional details but police are investigating.