Wife crashes husband’s secret wedding to his mistress in Zimbabwe 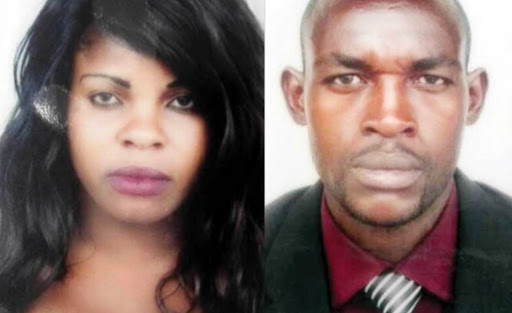 There was a dramatic scene at the Zvishavane Magistrates’ Courts in Zimbabwe, after a woman stormed the court and caught her husband exchanging marital vows with his mistress.

Luckily for the woman, identified as Rudo Pedzisai, her husband, Tendai Gondwa and his mistress, Precious Muzenda had not been officially married when she stormed the court.

According to H-Metro, the groom, Tendai Gondwa, a bureau the changer, left his matrimonial home at midnight purporting to be going to another town, Gwanda, only for his wife to receive a phone call in the morning from an insider, informing her about the private wedding.

“The wife was sleeping at home when she got a private phone call telling her to rush to Zvishavane courts as her husband was about to tie the knot with another woman.

“Rudo tried to dispute what she was hearing as she least expected the news, but the private caller told her to rush there and confirm.

“Without wasting time, she just woke up and hired a taxi which rushed her to the courts and the couple was shocked when she stormed into the courts screaming,” said the source.

It was reported that Pedzisai could not believe her eyes as she found her husband dressed in a suit standing next to the bride.

She then told the magistrate that the groom was her husband and they had children together.

“We are still together and our marriage is still subsisting. He has not yet divorced me and when he left home last night he claimed to be going to Gwanda. I was phoned by a stranger telling me he was at the courts wedding another woman, that is why I rushed here,” said Pedzisai.

The magistrate without wasting time, cancelled the wedding after Pedzisai proved that she was still married to Gondwa.

In his ruling, the magistrate stated that with the facts brought forward, it showed that Gondwa and Pedzisai’s marriage still existed.

The bride, Precious Muzenda, dressed in a white gown cried uncontrollably after her supposed special day turned into a nightmare when magistrate Shepherd Mjanja cancelled the wedding.